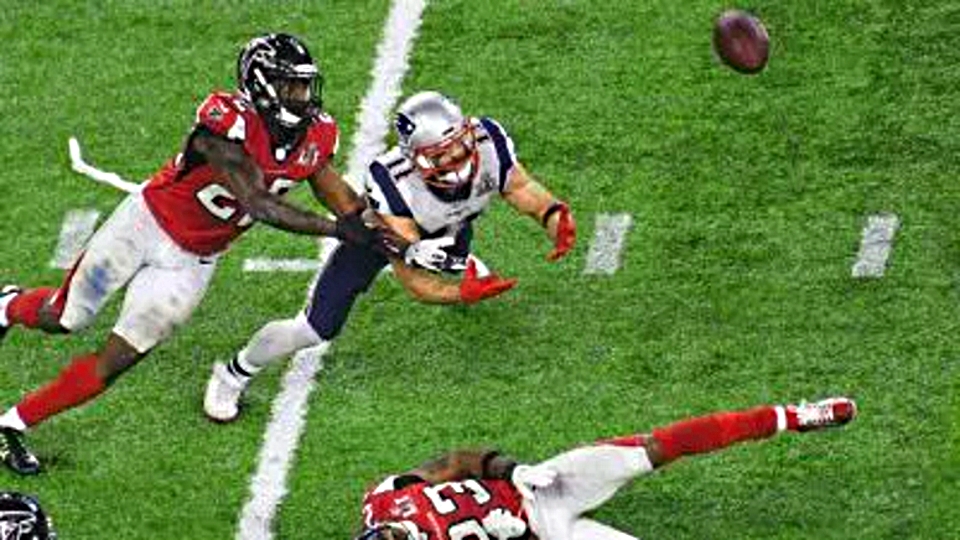 “Many people die with their music still in them. Why is this so? Too often it is because they are always getting ready to live. Before they know it, time runs out.” – Oliver Wendell Homes

If you hate sports, hate football, hate the Patriots, or just hate Tom Brady, there are still lessons the Patriots can teach us about life and success. Not just from the super-amazing-spectacular-awe-inspiring Super Bowl win, but from how they built the most consistently dominating NFL team within the past sixteen years.

It’s good to be living in Boston right now. The Patriots just won Super Bowl LI (51, because we have to use Roman Numerals for an American game) in overtime coming back from the largest deficit in Super Bowl history. But, it wasn’t always this way. Before 2001, the Patriots had not won a Super Bowl. Ever.

What does this have to do with you? If you couldn’t care less about sports and are like a Facebook friend of mine who always sarcastically posts “Shoot the hoop into the puck! Yay, sportsball!” There are lessons here, the few simple thing that the Patriots always seem to get right.

A History of the Patriots’ Success

Patriots owner, Robert Kraft, hired head coach Bill Belichick in January of 2000. Three months later, Belichick selects Tom Brady in the NFL draft. Brady was not a standout among college players but he was decent. But according to metrics coaches and scouts use, he was lacking. He was not the shining college football hero that everybody salivates after, hoping their turn in the draft comes up before he’s taken.

Brady was drafted in the 6th round. That means all 32 teams in the NFL, including the Patriots, already chose 5 players each before coming to Brady. He was the 199th pick out of 256 players drafted. So he wasn’t the last kid up against the wall, but he was standing next to the kid with the chronic sinus issues.

The Patriots two starting wide receivers last season were Danny Amendola and Julian Edelman. Amendola wasn’t even drafted in 2008. He was left standing on the wall while drafted players were busy guzzling Asti in celebration (or Sprite if they were drafted out of high-school). And he’s not the only undrafted player on the Patriots’ starting roster for the Super Bowl. Julian Edelman was drafted in 2007 – pick number 232 (round 7).

Bill Belichick has a philosophy that can be summed up in 3 areas we can apply to our lives:

Just because some generic metrics (the NFL runs a series of pre-draft drills known as the Scouting Combine) gives you information, it

doesn’t tell the whole story. Brady was slow, a little awkward and gawky looking. Amendola and Edelman’s numbers didn’t turn too many heads either.

Look at your life. Do you sell yourself short because of that one time at that party, or the project you blew, or you tried writing that story, starting that business, or getting in shape but didn’t? The numbers just weren’t there. But those metrics and past performances don’t matter either. They don’t define you.

What does Belichick look for more than anything else?

The ability to work as a cohesive team and go the extra mile. In a word: grit. If having a star quarterback is all a team needed, the Greenbay Packers would be in every Super Bowl. Their quarterback, Aaron Rodgers, has a stronger arm, is faster, more athletic, and makes just as good decisions on the field compared to Tom Brady. But when you have a few players trying to be stand-out stars, teamwork suffers.

If you’ve never been a stand-out in any one area, then there’s hope for you! Talent cannot replace the hard work and determination of grit.

Whether it’s your own opinion, or someone else’s, it is not the final verdict for your life. More than anything, Grit matters. In Angela Duckworth’s book, Grit, she defines grit as “perseverance and passion for long-term goals” (see this great article on Forbes for more information).

“Grit is perseverance and passion for long-term goals” – Angela Duckworth

2. Demand More from Yourself than Others Expect

There are no overnight successes in life. Whether that success is material, financial, personal, marital, or health.

“How did you loose 150lbs and run a marathon?” asks the enthusiastic onlooker.

“Oh, I woke up one morning and the fat was gone. Then I saw a race was starting the next day so I figured, ‘Heck, I’m not doing anything and I’m thin now -why not?'” the marathoner responded.

“I busted my ass, got out of bed every single morning whether it was warm, hot, freezing, snowing, or raining. I ran. The first day it was a hundred feet. Then it was a hundred-fifty. Then around the block. I avoided bread like the plague, and if I missed a day, I was back at it the next. It took me two years but I never looked back.”

Nobody who is successful in any area got to where they are by being lazy, half-hearted, or distracted (trust me on the last one).

Julian Edelman didn’t become a star wide receiver by signing a contract and doing a few commercials. He got there by demanding more, competing against himself, and improving in every area that mattered season after season.

If it’s worth pursuing, it’s worth pursuing to the end. Sometimes we say, “Never give up!” It’s an overused and under-appreciated mantra. Maybe we encourage our kids to not give up their sport, their clarinet lessons, their desire to be a world champion hot dog eater, but that voice fades when we’re looking in the mirror contemplating whether we should go to the gym that morning or just resign ourselves to the fact that we’re a pizza addict and that’s just the way things are.

Coach Belichick has a mantra that, if you watched any Patriots games, you’ve probably seen plastered on signs in the stands. It’s: Do Your Job. It’s not “Play your best”, or “Give your all”, or “Win one for the Gipper.” It’s just, “Do your job!”

Every part of a football team is important. It’s not just a spectacular quarterback or a magically-athletic running back who wins games. It’s the offensive and defensive linemen, the blockers, decoys, practice squad, and coaches. They all play a part. Doing Your Job means doing every little thing with purpose and dedication and to do it with the best of your ability.

When the odds seem insurmountable (for instance, 25 point deficit against a world class team in a Super Bowl with only 17 minutes left in a 60-minute game) it’s easy to give up, to think requirements outweigh your ability. Instead, the Patriots focused on the moment and doing their jobs, one second at a time.

When your goal to be healthy is waning, don’t focus on the big goal, go for the run – do your job. The career path is not what you wanted? Change it – don’t worry about the 5-10 years it might take to arrive at your dream, do your job – take the course, take on new responsibilities, read, learn, and network. Do your job! Regardless of what others say your odds are, do your job.

As I approach middle-age I see a lot of fellow Gen-Xers settling into their position in life. For some, that’s corporate, financial, or other success. For most others, it’s just settling – thinking that they made the wrong turn in Albuquerque and there’s no going back. This is the hand that life dealt. It’s not.

1) Don’t accept your boss’s, your family’s, your friends’, or your own negative assessment of where you are and what you’re capable of. The truth is, we don’t know what we’re capable of until we’re tested and try again and again.

2) Raise your standards. Expect more from yourself and don’t give in to that little voice in your head that tells you why you can’t. Look instead for why you can and will.

3) Set the big goal, but focus on the task at hand – the next step, the next call, the next class, the next workout. Do your job.

3 Reasons Resolutions Don’t Work and How to Fix Them