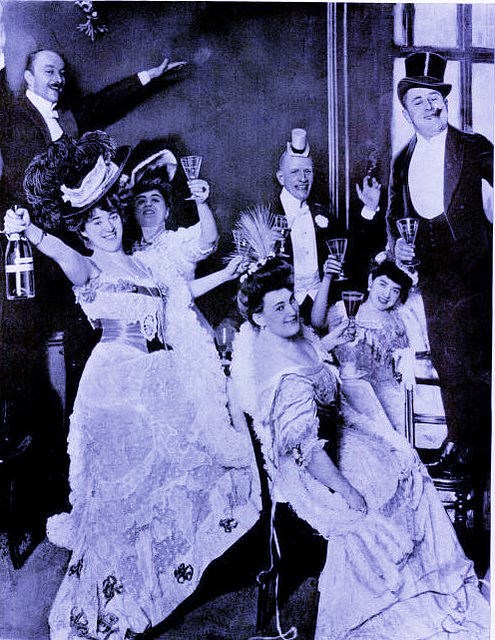 Resolutions are in the air and they’re dropping like house-flies in Antarctica. We tend get idealistic and optimistic with each change of year. In reality, all that changed is one day.

There’s a problem though. Resolutions are weak, timid, and run from trouble faster than my cat, Taz, hides from house guests. Real change can happen, but it takes more than a midnight wish.

It’s January 21st as I write this and by now most of the gyms in my area have seen their traffic fall off significantly since January 2nd (or 3rd for procrastinators). The slew of runners I saw a week ago have all but disappeared (and it’s unusually mild out even for southern New England).

I’ve made many resolutions in the past. I’ve given up on all of them, usually within a couple of weeks like most humans. If there’s any good news, it’s that you’re human too. If you’ve kept every resolution you’ve ever made,then perhaps your birth parents reside on another world.

Only one person I know has kept her resolution: my youngest sister. She resolved to never make resolutions. Her success is truly inspiring to us all.

Resolutions are for losers. Losers? Yes, by wasting time making them, you lose. Stop – just stop, for the love of all that is sane.

There are several limitations to resolution-thinking.

If you screw up (and you will) you won’t try again for another year.

You started smoking again, picking your nose, got angry in traffic, or cursed five minutes after you promised to never curse again. So give up, right? There’s only so much failure we can take before discouragement sets in.

They’re made on the spot with half-hearted forethought. Or, you dream them up in the few weeks prior to New Year’s.

About that time that I’m stuffing the second piece of pie in my mouth (who doesn’t love pie?) and I’m like “Okay – just got to start exercising and eating right…next month. This is the last time. Oohh, is that Blueberry?”

So you begin, go for a twenty-mile run and then, slammed with pulled muscles and the mother of all cramps, decide that you’re just not a “runner”. Wrong! You just lacked a strong plan (but you didn’t lack pie).

Without a plan, resolutions die quickly. Even with a plan, we find ourselves falling down at the first hurdle – heck, the first anthill has screwed me up – when we don’t account for inevitable difficulty.

Yes, knowing a goal will be tough and worth the effort (it must be worth it) in the end is key.

Resolution, in its true sense, has lost all meaning. Kind of like the word awesome is now just a synonym for good or cool. It has become a wish. As powerful as the word try.

Imagine Coach Belichick rallying the Patriots before the Superbowl and asking, “Are you going to give it all you’ve got?” and the team responding with a unanimous “We’ll TRY!”

But the word resolve originally means “to come to a definite or earnest decision about; determine (to do something)” source: http://www.dictionary.com/browse/resolve

Whatever your goal is, make it specific, measurable and with a deadline.

Here are some examples:

2. Create a Plan of Habits

Not just any plan with monumental effort. I’m the all or nothing guy – I’ve been there. Either I’ve been apathetic and lounging on the couch waiting for success to strangle me through the television, or I’ve been getting up before the crack of dawn and trying to cram twenty-eight hours of activity into a twenty-four hour day (note: do not attempt. Professional time-crammer in a closed schedule).

Recently, on James Clear’s blog, I learned about the genius approach of micro-goals in association with habits.

Remember the movie What About Bob? with Bill Murray portraying neurotic and pathologically anxious Bob? He learned the absurdly simple concept of Baby Steps – just do small actions.

You know what? It actually works. Using one of the examples above, your weekly plans might look like this:

For being more kind, it might be smiling at at least one person per day for week one and then saying good morning the next.

For gratitude, you can think of one thing to feel grateful for before leaving the house.

The key is to keep your resolutions plan small and achievable, so you feel you can do it even during the most impossible day.

Yes, that’s not a typo of the oft said “People who fail to plan, plan to fail.” No! I mean, plan to fail. Plan that there’ll be days when your alarm won’t go off, or your flight will be delayed, or your mother-in-law will invite herself over, or the dog will wretch on your running shoes before you put them on.

Plan on it. Then move on. Knowing things will be tough makes it easier to stick-to a goal over the long term.

Research has shown that people who acknowledge how difficult the goal is, but believe they will succeed are more likely to succeed in the end as highlighted in Dr. Heidi Grant’s Article

You missed your walk on Monday?

Old reaction: “Why even try? I’m going back to sleeping-in.”

New reaction: “No biggie. This is a marathon, not a sprint. Back at it tomorrow (or Wednesday). The key I’ve learned is don’t miss two days in a row.

This week, I got walloped by my daughter’s cold. Past experience of pushing through illness left me feeling like wet piece of toilet paper on a septic worker’s shoe. So I missed the whole week of my plan on purpose.

In the past I would have pitied myself right into a lazy-couch-potato-funk. Now I shrug it off. You can too.

Be your own best friend. Forgive yourself. Give yourself a pat on the back for smiling at the clerk before you cut that jerk off in traffic – you at least got one thing right!

Your Resolution Can Be Salvaged

Did you set a resolution? Have you given up on it already? Dust it off – tomorrow’s a new day whether it February 1st or November 12th. Decide – resolve – that it is too important, you’re too important – to give up on.

One tool that I’ve used that has helped me see each week as a new start is the BestSelf Journal.

Did you make a resolution? How will you make it stronger? Please comment below or send me a tweet – I’d love to help out if I can.

3 Things the Patriots Teach Us About Success and Determination