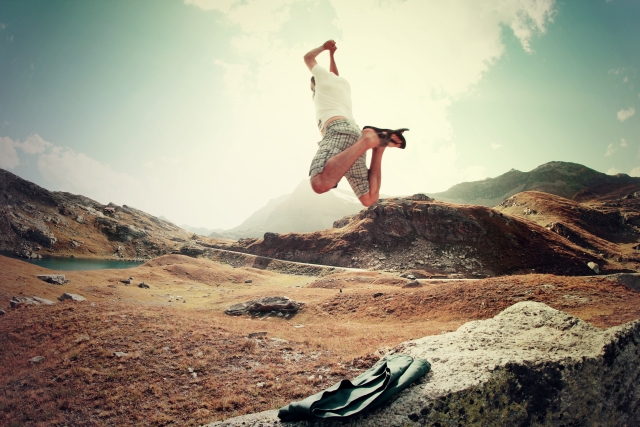 If you were to look up the word Fearless in the dictionary, you would see that it means to be “without fear”.  I believe that this is impossible for anyone still living. Fear can limit us but it can also define who we are. It’s the shadows in the masterpiece painting that defines the light. That’s what this blog is about – defining who you are – heck, who I am – through fear and learning to be comfortable with it.
I’m anything but fearless in Webster’s sense of the word. It can be a real fear such as the car that was in my lane going the opposite direction this morning, or imagined like feeling somebody’s going to yell at me when I make that phone call because, that’s what everybody does, right? Yell at strangers over the phone?

WHY I CREATED THIS BLOG

Being fearless was just an idea. I wanted to start a blog about my personal journey. Out of a big, brainstormed list of words, fearless was in the mix. It was ironic. Me fearless? That’s like calling a fat man Tiny. But I’m ironic if anything, so the word haunted me and the domain name with a dot-com was avaible. FearlessJames.com was born and then stunted.
I was busy with other plans and I thought that a blog would serve as my writing outlet. I’ve always loved writing but disliked that I loved it. My dreams involved important, grandiose visions of changing the world. My inner-writer needed to get stuff out – a fix – in order to quiet those words in my head. Some people hear voices — I hear dialog.
What better place than a blog? I can rant and fret and share and maybe a dozen people will care, but I will have at least gotten it out of my system. I didn’t. I kept those ideas bottled up because of…honestly? Fear.
In my forty-second year of life I think figured out what I want to be when I grow up — for work — not that I’ll ever mature (God, I hope not). I’ve taken many roads and have read many books, attended many seminars, and have listened to and purchased many programs in my personal development journey. I’m not saying I’ve arrived anywhere. It’s more like I’ve wandered around for twenty-five years and have just now stepped up to the starting line.
Not that you have to start-over midway through life. If you’re like me middle – not old-age, but you can see it from here. Unless you live in a cave, under a rock, in the middle of northern Siberia, you will always have life experiences. Good, bad, or hideous experiences that teach us lessons whether we want to learn them or not. I believe those lessons entitle me to slide through some corners of this path I’ve discovered. Shortcuts like in the board-game Chutes and Ladders.
Oh, and there will be chutes too. Experience has taught me that.
I want to write about my screw-ups, my false starts, my half-hearted attempts as well as my successes. To be clear, I am a firm believer in the saying:

“There is nothing either good or bad, but thinking makes it so.” – Shakespeare.

YOU DON’T HAVE TO BE 18, GOOD-LOOKING, AND SOUND LIKE GOD

When I was sixteen and just starting this journey of self-improvement, I thought I’d be a young hotshot. I did a lot of things right and other things not-so-right but the one thing I did not do is become a hotshot. Now I’m older and I love reading the materials of some young hotshots. They’ve written great books (really great) and have done TED Talks and are energetic, talented speakers and almost SEEM like they do everything right. They don’t. The ones I follow would be the first to say that.
The trap here is thinking you have to have a good start and find your dream when your young. You’re supposed to know that you wanted to be a CEO when you are five because your He-Man was bossing around your sister’s Barbie’s and My-Little Ponies. By age ten you knew you were attending Wharton no matter what, and then when you landed your first job in the mail room,you knew you’d be promoted to Vice-President of Schmoozing a year later.
Or, you hear stories from people who say “I always knew I wanted to be an artist (or actor, writer, salesman, or plumber)”. And you’re thinking “I’m 52 and I still don’t know what I want to be”. It can feel frustrating.
You don’t hear from people who didn’t become what they thought they wanted to be. The ones who went on American Idol with all of the gusto of Beyonce but had the singing voice of a dying cat. The ones who thought they knew what they wanted but were lacking in skill, talent, persistence, or dedication.
We also don’t hear from people who struggled for years and found something they liked doing, became good at it, and ended up loving it. Maybe it happened when they were twenty, or maybe when they were seventy. Why is it hard to find these stories? Because they’re not sexy, attractive, and they don’t sell books and programs.
Young or old; masters degree or third-grade certificate; if you’re tall, blonde and handsome or look like you lost a fight with a Mack Truck – it doesn’t matter. All that matters is what you want and what you’re willing to do to make it happen.
I’ve always written since I knew how. For some reason, I didn’t believe I could or should be a writer. Beliefs and fears are so closely related they shouldn’t have children together.
I got tired – in a good way – of the image of success being young and rich. Success does not equal money. Money is nothing more than symbolic. True wealth is about making a living in a way that supports what’s truly important to you. For me that’s my wife, my daughter, our kung-fu cat, and laughter. In all of my failures and fears, I’ve never lost sight of what’s important to me. I’ve taken my eye off of it a few times but did not lose it.
If you did lose sight of what’s important to you, that’s okay. You can find it again.

Fearless means acting. It means take action and stop planning, plotting, reading, learning, listening, educating, experiencing, wishing, vibrating, and envisioning. All of those are important like the blueprints of the house, but what kind of builder spends five years tweaking the design because he was afraid to break ground?

Fearless means acting. It means take action and stop planning, plotting, reading, learning, listening, educating, experiencing, wishing, vibrating, and envisioning. All of those are important like the blueprints of the house, but what kind of builder spends five years tweaking the design because he was afraid to break ground?
Or, as my coach, Jack Czer put it: I’ve built a city of stubby buildings with no roofs because I get distracted and try another location, another design, another architect. We all have to sit back, choose a direction and build.

Fearless means deciding the next action to take by weighing the fear it holds. If you have a choice between working on your website or calling that lead and you’re terrified of the call, then that’s the action you need to take. The amount of stuck you feel in life is in direct proportion to the number of actions you’re avoiding because of fear.
I believe that Dr. Aziz Gazipura put it brilliantly when he talks about leaning into your fear. Be okay with the discomfort, the awkwardness, the guy yelling at you over the phone, because you know that there’s something on the other side of the experience: you’ll live.
Or as Steven Pressfield wrote in The War of Art that the great actors say they choose roles because the roles scared them. That’s Fearless.
A little story:
One day, when I was in the second grade, my friend and I were outside for recess and came across a fourth-grade math book laying on the stairs to the school. I opened it and was blown away. “Three-digit multiplication?” I stammered, “I’ll never be able to do that! Fractions? What are those and why are those things stacked?” I was petrified. But, over time I learned to master single-digit multiplication and then double digit multiplication. Wouldn’t you know it: I can now do three digit multiplication and fractions are easy-peasy. And I can still do evem more complicated math stuff.
We tend to look too far down the road and abandon it because we think we can’t handle big things. “If I’m famous, I can’t deal with the paparrazzi, money or attention,” or “I can’t be CEO because nobody would ever listen to me.” Like three digit multiplication it looks out of reach. You have to work your way up, a little discomfort at a time.
This blog – this journal – this journey is about leaning into the fear. About facing what is scary and looking for the less-scary part to start at. IIt’s about 40 (or 50, or 80) being the new 20 and that you can start again at any age. Most of all, it’s about you taking this journey with me so you can hopefully learn that your dreams are within read. The only thing that can kill a dream is abandonment.
Being Fearless is not easy. It’s not hard either. It’s excruciating — at times. So is giving birth (I’m told). But that child is worth ten times the pain when the mother finally holds her. Your dreams are worth it. Be fearless.